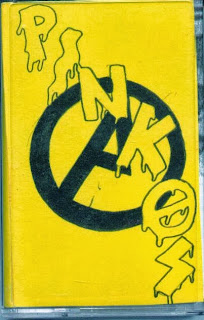 All hail the Bat City Mosh Cult.
Pinkos is another new-ish band from Austin featuring some dudes from Glue and Acid Reflux (!!!!).

Ripping punk in the style you would know and love from BCMC dudes.
DL it, give it a spin. Pinkos is about to do a tour to the North East and back with Blotter for Not Dead Yet Fest. Catch them up there or on their way up and grab this li'l gem. 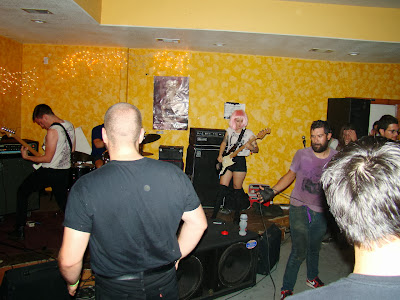 Posted by Master Sloth at 12:40 AM No comments: 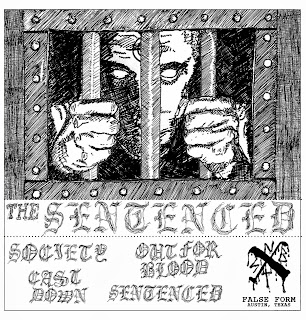 The Sentenced are a band from North Texas comprised of current and previous members of Wiccans, Sin Motivo, Breakout, Truth, Night Crimes, Video, and Execution Tax. If that doesn't get you riled up already then I don't know what is wrong with you.

The Sentenced came into existence last March playing their first show at a Taqueria at about one in the mourning. People fucking lost it and since The Sentenced have been a favorite of the North Texas scene. Primal Hardcore in the vein of 86 Mentality, and written with moshing in mind. It's hard to listen to this tape and not want to wreck your surroundings.

False Form is about to drop this gem soon, and I've heard hints of a possible 7" release forthcoming. But until then snatch this up now, soon enough you'll find yourself chanting along with this group of babes.
OUT FOR BLOOD. 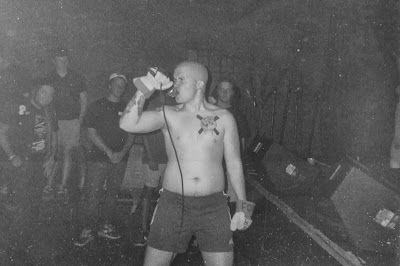 Posted by Master Sloth at 12:20 AM No comments: 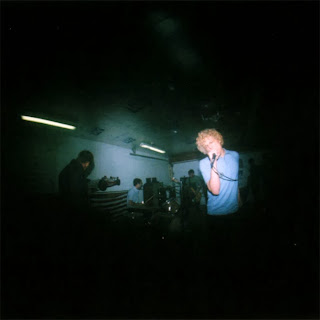 Big Zit is a sick punk band out of the blossoming scene in Chicago, Illinois. I first heard about them from the Sin Motivo dudes after they got home from tour. Jeramy from Sin Mo showed me their tape one night and I was utterly floored. This band rules and there really isn't anything like them in this new wave of Hardcore. That being said, this band gives straight up Bad Brains vibes, in everything from the sound to the vocals. So if you dig the brains you'll eat this right up.

There isn't much out there online about these guys, here's to hoping they go on tour soon and hit up North Texas. Until then, jam the tape!

Posted by Master Sloth at 12:05 AM No comments: