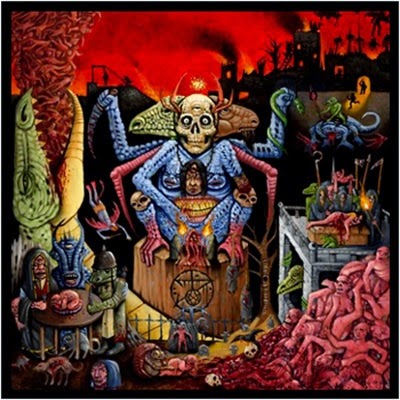 Metal in Dallas for the most part is a bummer. Being the city where Pantera made their way into the lime-light has left the scene in this stunted growth where most of the bands around are bands that wish that they were Pantera in their prime. All the while this is happening there are bands making headway, Divine Eve, Giant of the Mountain, Steel Bearing Hand, Tyrannosorceress, Plunge, and Cleric.

Cleric has been around in DFW for around 7 years now, in one form or another. The band was around as a four piece from 2007 and 2008 before shrinking to a trio and disappearing into the fog. In 2011 the band regrouped with the 2009 line-up plus a stand-alone frontman, Zac Christian, and began working at it again. Well a year ago the group brought this monstrosity of a record to life. If you're a fan of old Swedish Death metal with chainsaws replacing the guitars and dredgingly crushing doom moments this band is for you.

This record is still available via the band and Tofu Carnage records (and oh my fucking god is that vinyl absolutely beautiful). Take a listen, buy the record and embrace the left hand path.
DOWNLOAD. 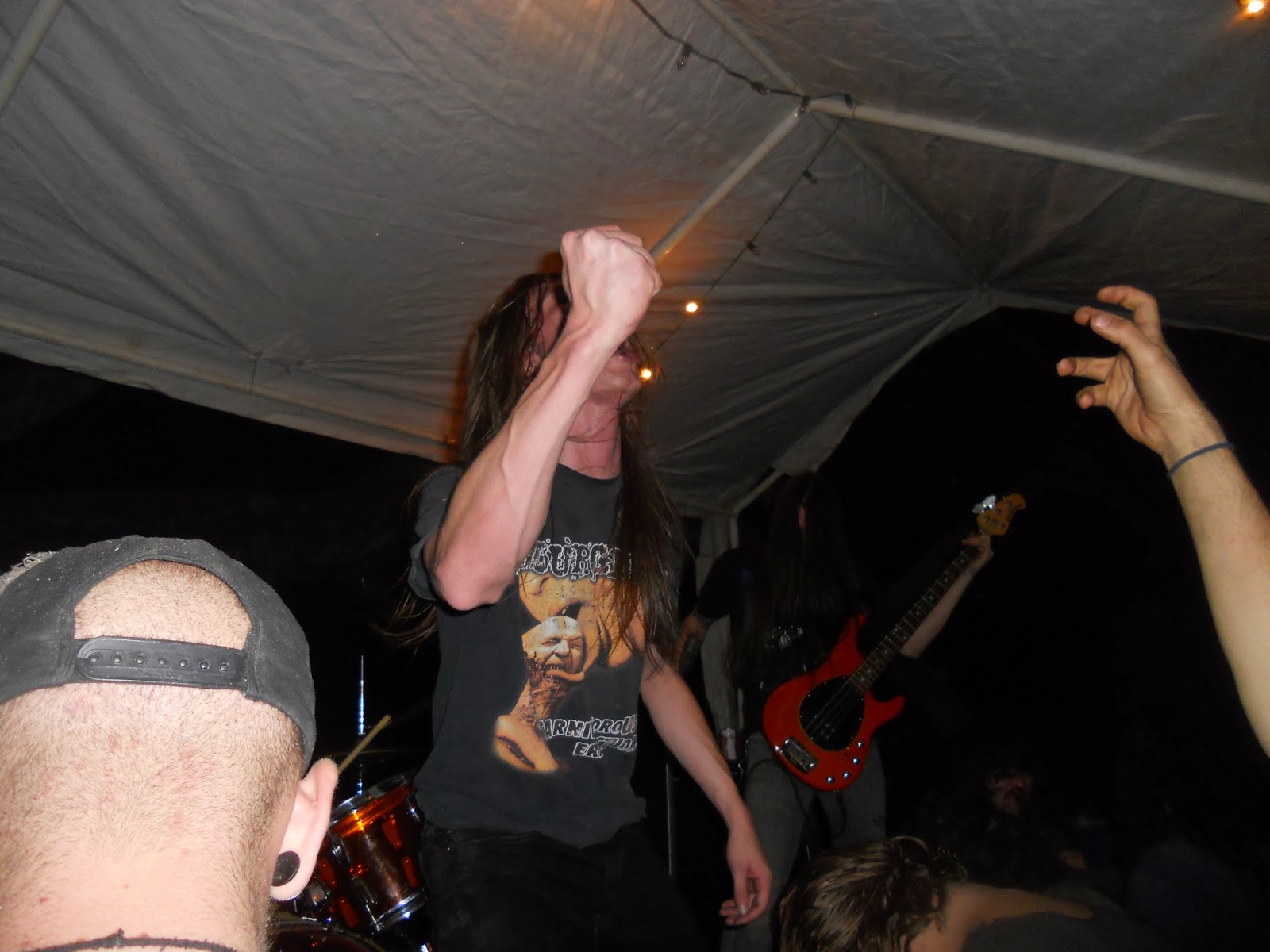 Posted by Master Sloth at 7:45 PM No comments: 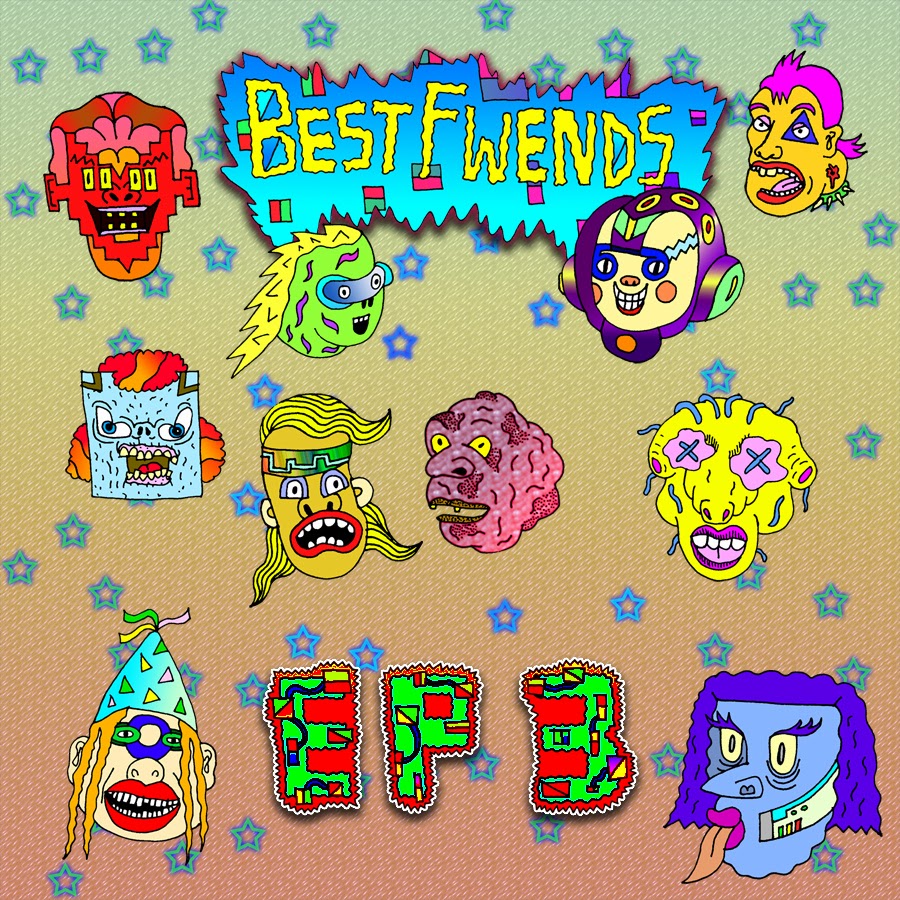 I heard about these guys two years ago when they played the 1919 Hemphill 10th anniversary show, the one night of that weekend that I didn't go and I still regret it. Studio wise the band is only two people, Dustin Pilkington and Anthony Davis, live the band features members of Sin Motivo and Wiccans.

So if you want to get stoked or make a shitty day better than there isn't much more beneficial than listening to this EP. DOWNLOAD. 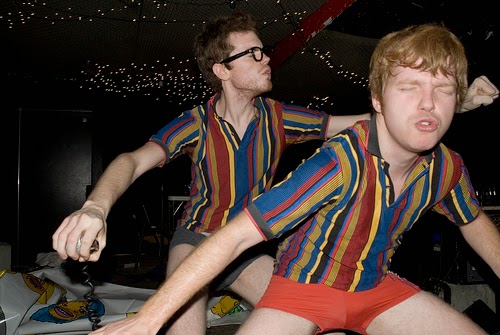 Posted by Master Sloth at 7:28 PM No comments: 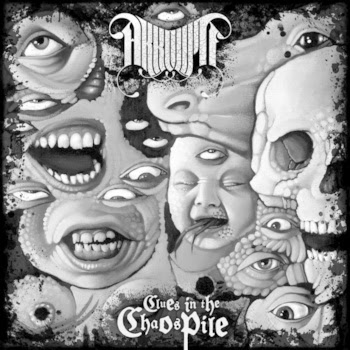 Chances is if you're from Dallas, or North Texas in general, you've heard of Akkolyte. If not then, Akkolyte is a long standing duo from Oak Cliff, made up of two brothers, Aaron and Stefan Gonzalez. The band has been around since about 1999 and done countless splits, one of which was with Magrudergrind of all bands. This all accumulated in 2011 when Akkolyte put out their debut album, Clues in the Chaospile.

The album is a monster of a record, Stefan and Aaron are two of the most talented musicians in the DFW area and unliked most albums under the banner of grindcore this album never gets boring, the two are always doing something and it rules so hard.

This album has been out for a while, you can still buy it physically and digitally from Tofu Carnage. But for those who bought the record and realized that it had no download card, then here you go.
DOWNLOAD. 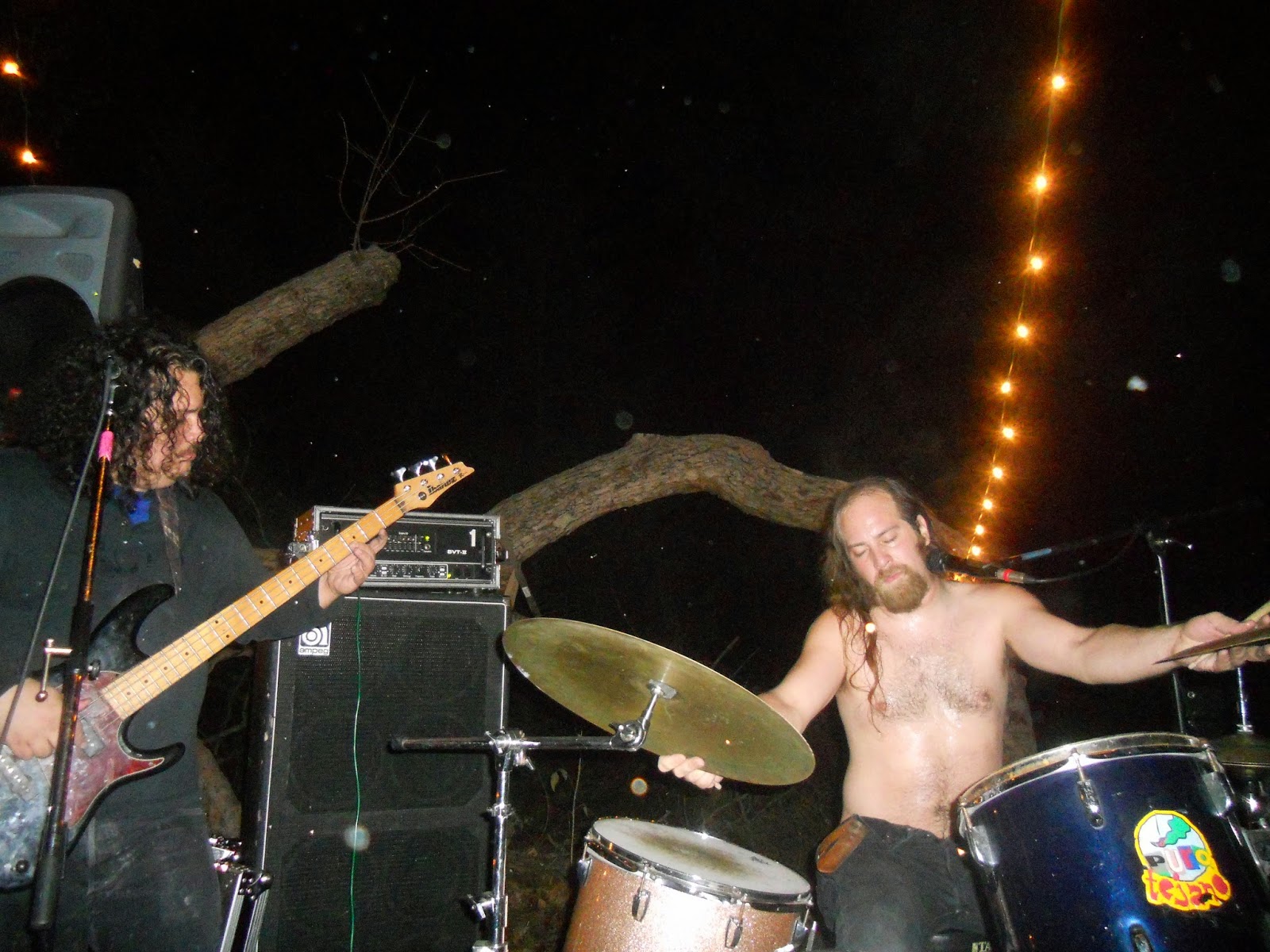 Posted by Master Sloth at 1:33 PM No comments:

Email ThisBlogThis!Share to TwitterShare to FacebookShare to Pinterest
Labels: Akkolyte, clues in the chaospile, stefan gonzalez, yells at eels 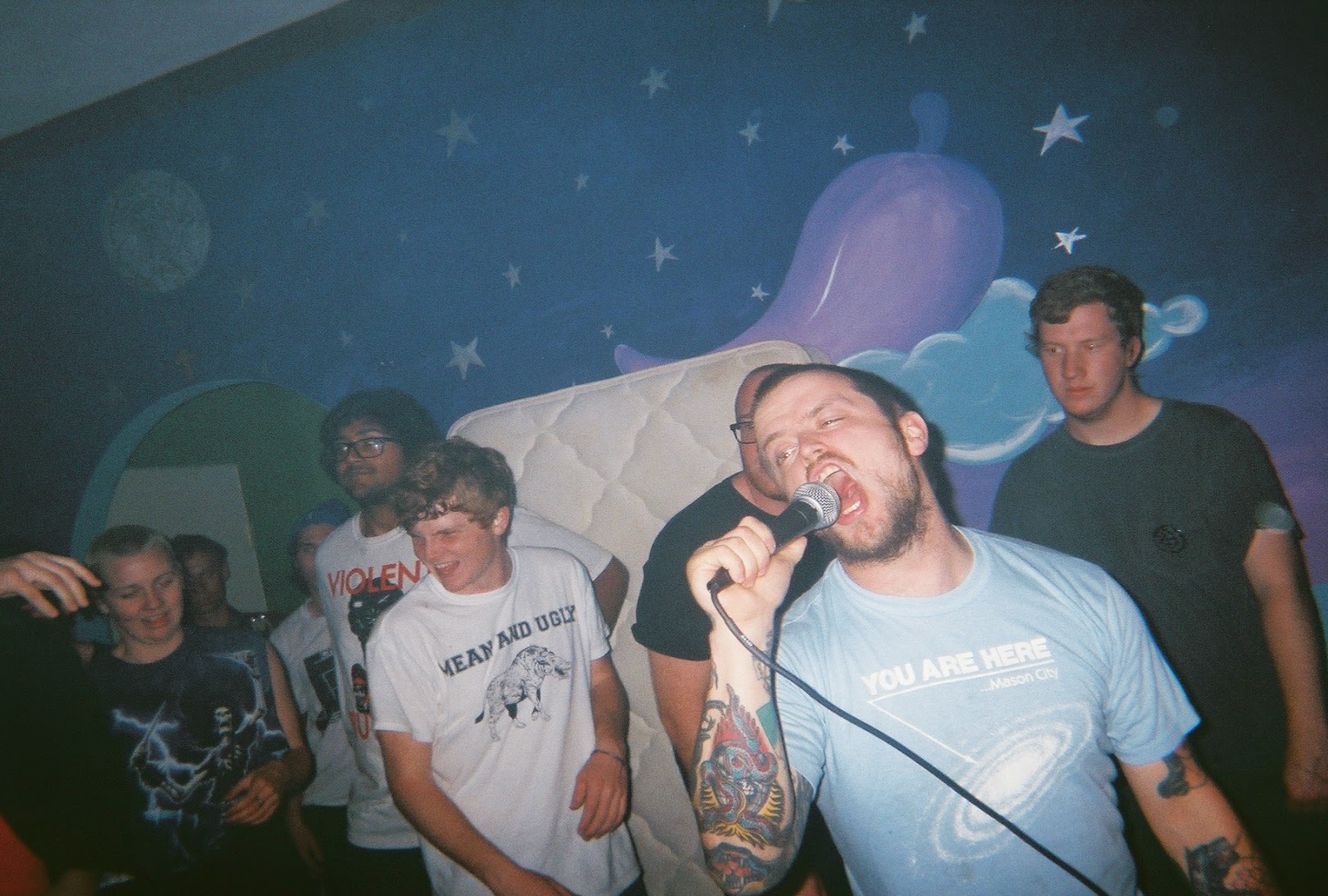 I have no clue how many of you actually read through this blog and gander through my posts, but if there are (or if you know me in the real world or through my social media platforms) you will know without a doubt Wiccans is one of my favorite bands. From the first time I saw them play in a smoke filled forest with a homeboy in a devo hat on acid firing roman candles at them to a few nights ago when they played during an arctic blast of a thunderstorm in Fort Worth I have never seen this band play a bad set.

Back in August I had thought that I had done the impossible and had a complete discography run of their material until Payton and Harpal both informed me I was missing two pieces of the puzzle; the 2012 Tour Tape and the tape edition of Field II. Both of which I was assured would be next to impossible to obtain. Fast forward to last friday, in my excitement to see Wiccans play a hometown set I had posted a song from Skullduggery (the dredging "Third Estate"). Former guitarist, Daniel Zeigler, now a crystal loving Buddhist Monk sent me the audio to the tour tape (with a winky emoji mind you). The tour tape is a hidden gem and something I am very grateful that Daniel sent me, for it contains three songs, two Field II demos and a song from the group that has never been released anywhere else.

But a bit of history on the tape from the mouths of Harpal and Adam; released for an early 2012 tour before Field II was even properly mixed, the release was limited to 17 copies and spread through the midwest. The aforementioned exclusive song is entitled "Negative Space" and was intended for a compilation (what comp I do not remember.) but by the time Wiccans had sent in the track the comp was full. Plan B was to put the song on Field II but the group felt that "Negative Space" did not fit in with the rest of the record, therefore the song was confined to this tape. The other two songs are "Telepathy" and "Psychic Mirrors", demo versions recorded before the Field II sessions and played much faster than their album counterparts.

Once more I would like to thank Daniel Zeigler for sending me this hidden gem. The tracks were one big lump when they were sent to me, for this DL I have separated them out. Enjoy!
DOWNLOAD

Posted by Master Sloth at 1:15 PM No comments: