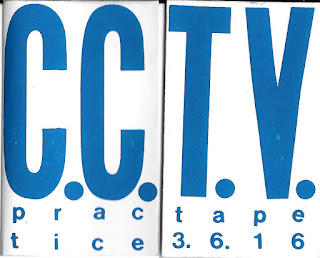 It's been a while since I've been on here. I lost my internet at home right after I got back from This is Austin Not That Great and have been hijacking people's internet where I can. I have other stuff I want to post but that will have to wait until another time. However, here you go internet people punks. New NWI ponk to slobber over. Hopefully I'm here before anyone tries to get (and or spend) absurd amounts of money on this tape. Download the rip and make your own copies.

That aside new CCTV I scooped at Everything is Not OK. I picked up a fuckload, and I mean a fuckload of tapes. These things happen when I go to fests with some dollar bills smashed into my pants pocket. I'm also going to say that EiNOk is THE best festival I have attended two years running. Eternal love and respect to Ross for doing what he does in the punk desert of OKC. I'll post what footage I shot when someone will let me leech off of their internet.

Oh, yeah the tape in question, its CCTV practicing. Predominately new tracks and a couple old ones. It's good, you don't need me to fucking tell you that.
DOWNLOAD 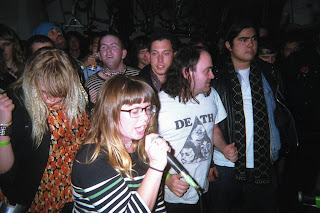 Posted by Master Sloth at 3:57 PM No comments: