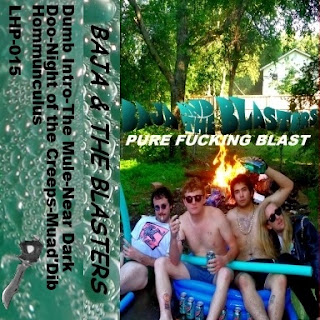 This is nothing but shameless promotion but I don't give a fuck. This Baja And The Blasters, a new band I front. We're from Denton, Texas. I've heard two different people at different times tell me we sound like YDI so I guess that's a description.

We formed sometime in March I think. I yell things, Jacob a transplant from Midland plays guitar, Joey who was in this band Prowl last summer plays bass and Hodge who played drums in my last band and is also in Mean & Ugly among a plethora of other bands is the last dude. Jacob, Hodge and I had been talking about starting something for a while and we finally got together and started writing things in April. We recorded our demo earlier this week with Ryan from Clear Acid and I'm really stoked on how it turned out. 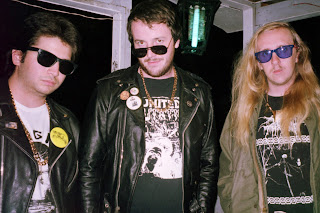 We maybe doing a quick run in September with Soy Babies and maybe something bigger in November, who knows yet? Our demo is out on Left Hand Path and the first batch is limited to 42 copies. There will be a second press if the demand exists. 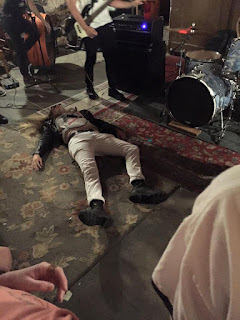 Posted by Master Sloth at 10:28 PM No comments:

The Coneheads - Live With Liquids Time! 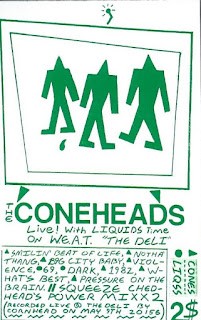 So I feel like at this point in 2015 we really don't need an introduction for The Coneheads. But for the uninitiated; The Coneheads is a three piece band from Northwestern Indiana, featuring Mark Winter of Big Zit, Ooze, Pukeoid, Guinea Kid and C.C.T.V. to name a few. Last fall they dropped their "Total Conetrol" Demo and took the internet by storm and a few months later dropped the "Canadian Cone" tape and solidified themselves as monsters of rock.

About a month ago some pals and I ventured north from Denton to the wild, lawless land known to the world as Kansas City, MO to catch the Coneheads as well as Beta Boys and new KC rockers The Deacons. The night was fun but strange and I ended up with a copy of this tape.

What lies inside are seven songs by The Coneheads and two songs by Liquids, a newer NWI band featuring Mark, as well as other members of Big Zit & Pukeoid playing a slowed down garage-er style of punk. The Coneheads material is all delivered in different ways than the way the songs were presented on the tapes (for the most part the songs are sped up into a traditional 80s hardcore style). This tape is fun and I'm surprised a rip hasn't already surfaced (to my knowledge), and if you want a copy dub yourself one from this.
B9G CITY BABY 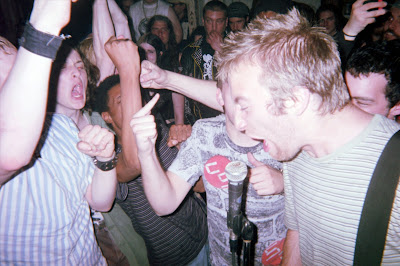 Posted by Master Sloth at 3:41 PM No comments: 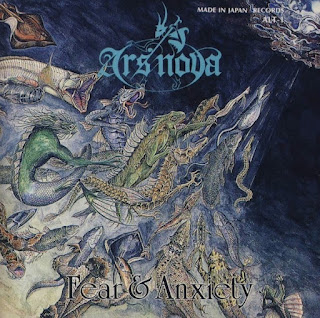 I think that it was in 2011 that I found this CD in a pile of stuff a flea market vinyl dealer had. Neither of us knew what it was, but the art was alluring enough for me to give the dude a dollar and see what lied within. And what it turned out to be was a very synth heavy prog rock epic. Comparisons I've had from people that I've shown this to is an instrumental Emerson, Lake and Palmer while others called it an unhinged Final Fantasy IX soundtrack. In any case its a very interesting and very calm album. I don't know if this is for everyone, but its an album I've highly enjoyed for a few years now.
DOWNLOAD. 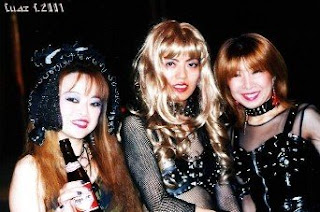 Posted by Master Sloth at 5:09 PM No comments: 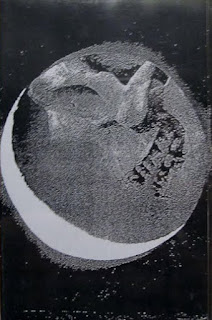 I am completely and totally horrible about checking out things I download in a timely manner. This tape sat in my itunes for about four or so months before I finally listened to it. Of course I kicked myself for waiting but, we all know I'm an idiot so that is beside the point.

Raw Moon is a Raw Black Metal band from Massachusetts that dropped this demo and disappeared as quickly as they appeared. My research has turned up little to no information about this band aside from the fact that it shared a member with Hoax, which makes complete and total sense considering that this band sounds like if you replaced Jesse from Hoax with Deathcrush era Maniac. This demo is a lot of fun and it's a shame that it's too short.
DOWNLOAD 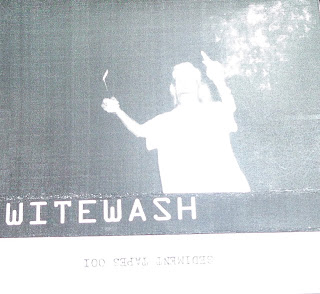 In 2012 to 2014 there was a band from Austin called Iron Youth. When the band started they were written off as a Hoax clone and never really given much of anyone outside of the state's time. But in the time from their demo up until their demise Iron Youth mutated into something far superior to their demo. The band had taken on the rotten styling of bands such as Brainbombs and No Trend and released a 7"s worth of material in that vein. But it was too late and Iron Youth called it quits in October of 2014 members fracturing off and continuing with their other projects (i.e. Glue, Institute, Detestados ect, ect.)

Last December when Glaassss played a botched show in Denton their guitarist Victor gave me this tape telling me Chance, the bass player of Iron Youth, had kicked this band up to give himself a creative outlet. The band can be described as a direct continuation of what Iron Youth was attempting with their final 7". This tape is completely seething with hatred for all worldly things and goes to prove that Austin still has some steam under the hood.

I don't know if this tape is up for purchase anywhere online as most of the members of this band have little to no social media presence. I really hope to catch this band soon as every word I've heard from friends in Austin has been positive about this band.
DOWNLOAD