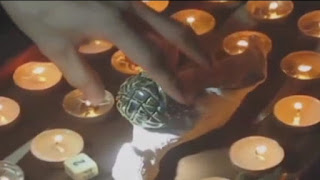 Considering that it is Halloween, I figured I would throw up some spooky music to fit the mood. The pick is Summoning by Denton, Texas' The Shards.

The Shards was a solo, studio project by Erin Vernon of Near Neptune/Fierce Band! and was written and recorded in the summer of 2013 and released online around that time. Last Fall I put the mini-album on tape and the copies have dwindled up at this point. The Shards was one of Erin's deviations from her prog metal roots into experimentation. Several times she veered off and made some incredible music, such as a one off Raw Black Metal project in 2011, a Noise/Drone Band I helped participate in in 2012 called Ancient Machinery, and in late 2014 her and my friend Theo had began dabbling in Post/Ambient Black Metal. The Shards however was her take on dark ambient/dungeon synth done in the vein of classic horror soundtracks. Whether Erin realized this or not, the John Carpenter influence is sometimes glaring on this.

It's sad that out of all of her solo material, side projects only one survived her computer's hard drive crashing. But I want the world to hear this tape. I'm happy to have put this out for her and I'm immensely sad that she's gone from this world. This tape shows the creativity of an insane genius, who's voice has now been silenced. Rest In Power.
We Hid Like Dogs From The Flames

An additional note, Fierce Band and Near Neptune's bandcamps are still active, I'm not sure how much of my follower base is into Progressive Metal, but they're worth the listen in my opinion. 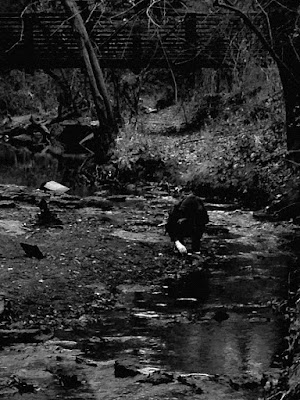 Posted by Master Sloth at 12:26 PM No comments:

2015 Near End Cool Punk Bands You May've Not Heard Yet Round Up. 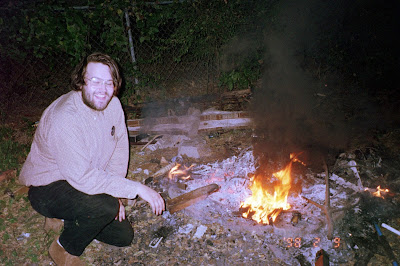 Okay so 2015 is not over yet, but goddamn this year has been lit with new releases and bands. So bellow is so new stuff that came across my radar this year I feel some of you nerds need to hear. 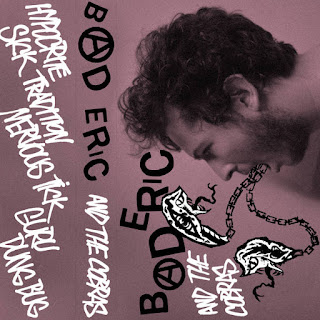 Bad Eric-Bad Eric & The Cobras
I saw this band play at J&J's in Denton back in June and they blew me away. Super heavy Japanese Influenced d-beat with a wry sense of humor. Super fun band to see and chill with and my god do they love The Coneheads. 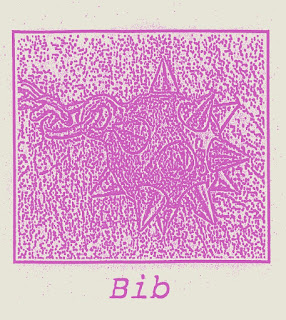 Bib-Demo 2015
Bib is from Omaha, Nebraska, aside from that I know nothing else about this band. But this tape is so fucking sick. Turbo Joe described it as a mix of S.H.I.T. and Hoax and I feel that is an appropriate description. This tape is for the slammers. 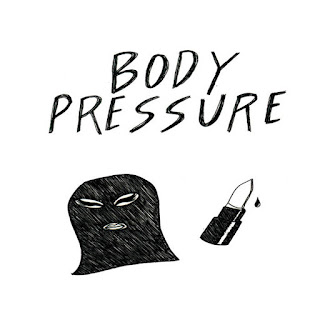 Body Pressure-Demo
I was really excited about this band before I even heard one note. My good friend Tommy of Innards and Father Figure fame is playing drums in this with ex-members of Hatred Surge and Mindless. I don't know how many of you know this but Hatred Surge is one of my favorite bands so yeah stoked. Super heavy and super moshy punk, I caught their first set opening for G.L.O.S.S. a week ago and needless to say this tape is sick. 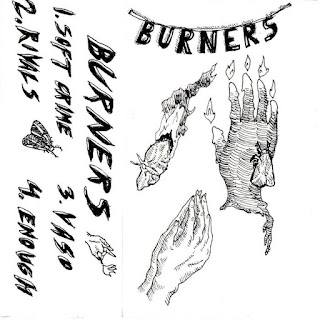 Burners-Demo
I got to see Burners' first show on the Baby Blasters tour and I was pretty stoked on it. Members of Q and Nos Bos playing something kind of different than the stompy weirdo punk both bands play. This band is just fun and Jammy. All of us were bummed because lil Austin was telling us they were going to break up after the show, obviously wrong now, but stoked to see what they do next. 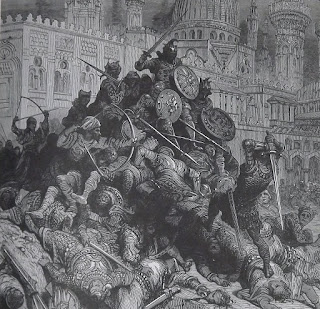 Burning Moon-Iron
Sometime ago I posted about an old Denton band named Depths and how I was lamenting that they were gone. Weep no more, Depths has reformed without their old guitar player and a line-up shift as Burning Moon. It's as if Depths had never stopped and swung into a more Ildjarn influenced territory. 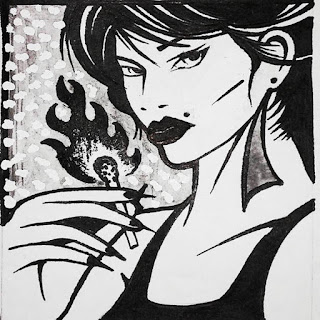 Dame-Charm School
So when this came out I could not stop listening to it. It's so addictingly catchy and well written. But anyway Dame is from Boston and is one of the better bands out of this post-punk uprising thats been happening this last year or so. 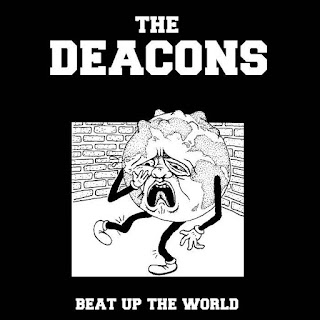 The Deacons-Beat Up The World
Trae Brown is fronting a band again, half of Dirty Work and half of Beta Boys joined together to make a Rock n Roll band. That's all that needs to be said, listen now. 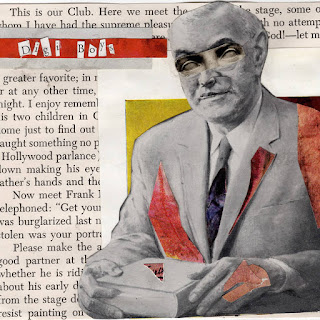 Digi Boys-Demo
Digi Boys is from McAllen, Texas, if you don't know where that is, it is as far south in Texas as you can get before hitting Mexico. Digi Boys plays real fun pogo punk kind of stuff with Synth thrown in. They played the Blasters tour kick off and covered Devo and it was sick as fuck. Also shout out to Josh for being a real pimp, luv ya bby. 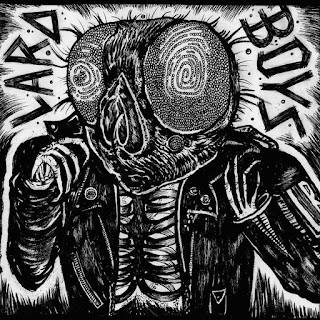 Lard Boys-Demo
When we got back from tour there was a general consensus that Lard Boys was the best band we played with. It's fast and dumb pogo-ish punk from Minneapolis. They kind of reminded me of Warthog but Lard Boys' music is a lot more fun imo. LB also played a Sugar Ray Chopped 'n Screwed loop in between songs and had a dude show up with pizza during their set so yeah, bets band I saw on tour. 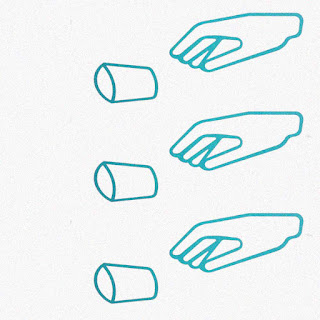 Manneqin-Nothing B/W Don't Look
Manneqin is a studio project of Judah of Zap that got released as a cassingle by Not Normal. It's just as bizarre as the Zap but a bit weirder. Very minimal and creepy at times but in all the right ways. 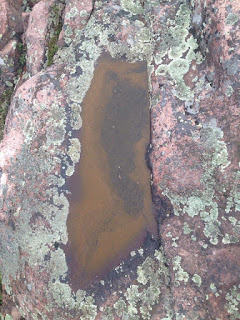 Naamahk-Stagnant Pool
Naamahk is from Hamilton, Ontario, I first heard of them when my friend Michelle from Toronto was talking about them when she was in Texas. I got to see them at Not Dead Yet and was blown away. Anyways Naamahk is blackened punk/raw black metal band playing in the vein of Ildjarn/Bone Awl and this tape is sick. Stoked to see them in Houston next February. 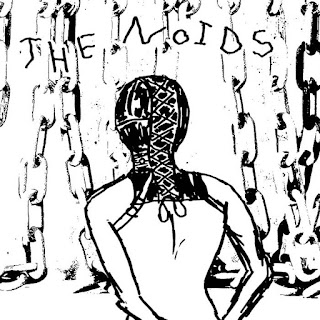 The Noids-Demo 1
When the Noids started appearing on shows around North Texas people were stoked and curious. Because most of the punks didn't know who the kids were in this band. They were a trio of Art School weirdos who picked up their instruments and started playing something like the Urinals meets Flipper. I think they're going to tour this winter and I'm expecting them to take over punk. 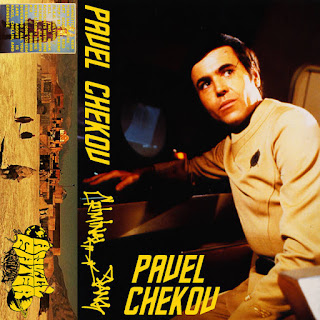 Pavel Chekov-Split with Criminal Slang
It's been a while since I've been really stoked on a powerviolence band, I really burned myself out on it in early 2013, but this band is a breath of fresh air to me. This band is a bunch of metalhead dudes from Dallas who heard Spazz and Charles Bronson and went with it. What we got from it is some of the most air-tight, goofy Charles Bronson worship that I've heard. This band has not stopped since they started and I'm pretty sure this is their fifth or sixth tape. 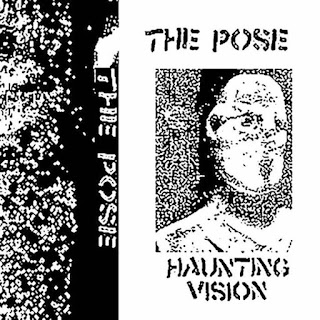 The Pose-Haunting Vision
The Pose is probably my favorite new band out of Houston. Members of Back to Back, Dress Code and Paranoid Chant (among a plethora of others) playing Mysterious Guy Japanese D-Beat sounding stuff. 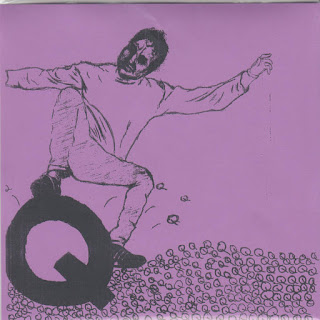 Q-RECQRD
I love this band and these people so much. The first time I saw Q I saw someone take half of a step ladder to the face, the third time I saw them, Austin was beating people with Baguettes. It's dumb, it's stompy, and it's fucking sick. 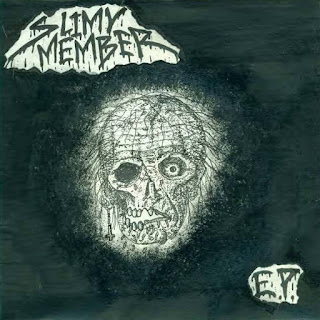 Slimy Member-EP
Slimy Member is from Dallas, I reviewed them as a band in my DFW bands list thing and they've gotten better, oh so much better. This two song EP is evidence and the stuff they're working on now is even better. Get Stoked. 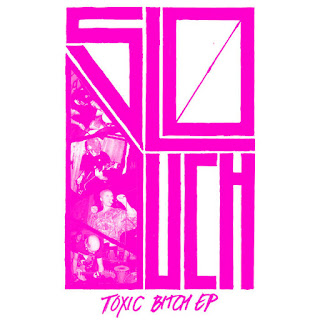 Slouch-Toxic Bitch EP
I booked Slouch in 2014 and the band was good, a little green around the gills but a solid band. Back in July they hopped on the Sudor show at 1919 in Fort Worth and it was like a different band entirely was playing. The band had tightened up their set and sound and become a viscous beast. this tape reflects that entirely. Get this and mosh hard. 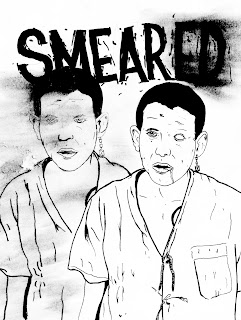 Smear-Smeared EP
Smear finally up and moved out of the country and into Denton. And with that move comes a tightening of their sound and craft. The riffs are harder and mosh parts moshier. Smear's doing an East Coast Jaunt in January. Catch them and punch your friend. 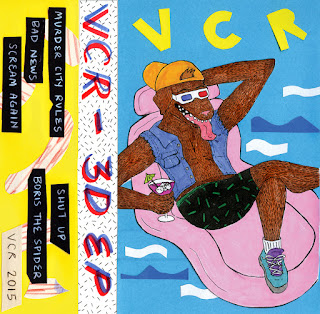 VCR-3D EP
The synth punk weirdos from Canada do it again. It's goofy as ever and features a sick The Who cover. Still bummed I missed every opportunity to see them at Not Dead Yet but I hope to catch them one day. 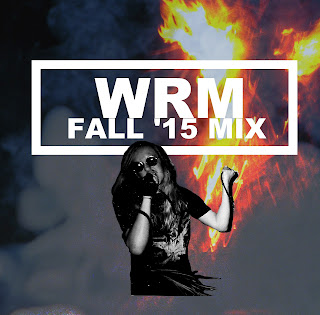 
Posted by Master Sloth at 7:12 PM No comments: